Tom Thake, a junior at Grant High School in Portland, was disheartened by the growing population of people he saw living homeless as he walked to and from work. He wanted to help so he searched the internet for examples of people trying to make a difference in big and small ways in the community. Tom discovered Blanchet House of Hospitality and learned about the nonprofit organization’s long-time commitment to providing aid to people in need. 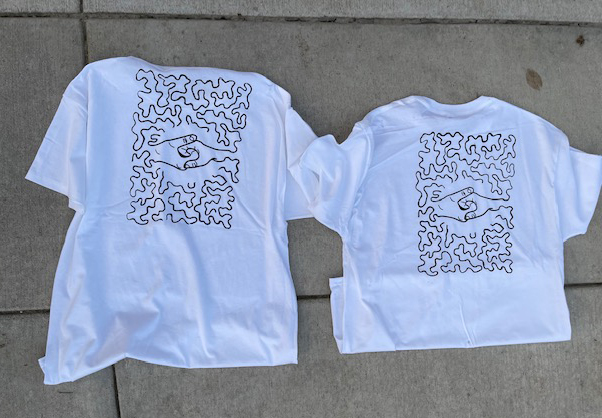 “It was inspiring to me,” Tom says. “I was compelled to do something to contribute thus the Shirts for Shelter project was born.”
Tom gathered his friends from school to brainstorm ideas for creating a fundraiser to support Blanchet House’s meal, clothing, and shelter programs. The students decided to create one-of-a-kind t-shirts to sell and dubbed the project Shirts For Shelter. The students voted on designs submitted from the group for the front and back of the shirts.
“We had 12 talented people come together. Set out to create a graphic that not only speaks to the houseless issue in Portland but also had a particular visual appeal,” Tom wrote in an Instagram post.
The student-led collaborative picked an illustration Tom created using the word ‘Portland’ for the front of the shirts. It was inspired by a vintage shirt he had in his closet. 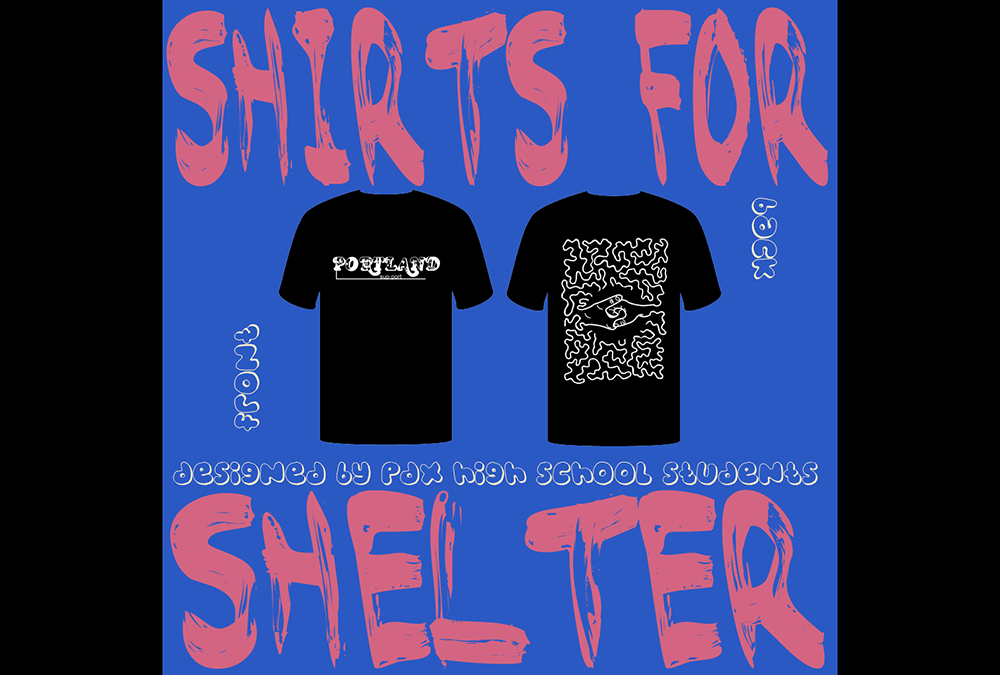 A promotion for the Shirts For Shelter fundraiser created by students at Grant High School.

“I wanted to place prominent Portland activists into each letter of the design,” Tom says. “This was to honor the legacy of people in Portland that have strived to make it a better place.”

Under the Portland art, they printed the word “support.” It was a concept submitted by fellow classmate Unai Houlihan Tahan. The art on the back of the shirts was a combination of ideas from students Manasvi Raiyani and Lauren Anderson. They illustrated an abstract design that they group affectionately dubbed the ‘squiggle grid’ and was put together in Photoshop by student Ben Pattit. 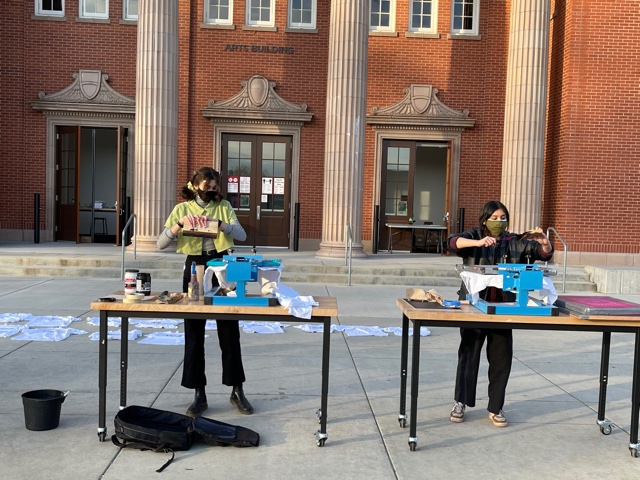 Sophia Vera and Anushat Dixit screen printing t-shirts in front of Grant High School as part of the Shirts for Shelter fundraiser.

Every shirt was screen printed by hand using supplies provided by the school and families. Tom, Sophia Vera, and Anushat Dixit even did a live screen-printing event in front of Grant High School.

With support from the PTA and art teacher Lynn Yarne, Tom and the crew sold more than 144 shirts raising $1,800 to help secure food and housing for people in need.

Houselessness is still steadily increasing in Portland, especially the number of those in critical need of help. Shirts for Shelter aims to raise as much money to give those in need the support to help get themselves back onto their feet and into a better living situation. The shirts are just $12, with the option to add a donation on top of that. We appreciate any and all donations, let’s work together to make a difference.

The shirts are no longer available but they hope to do a similar event in the future. Follow Tom’s Instagram account for more information. You can still support the student’s efforts by donating to Blanchet House here. 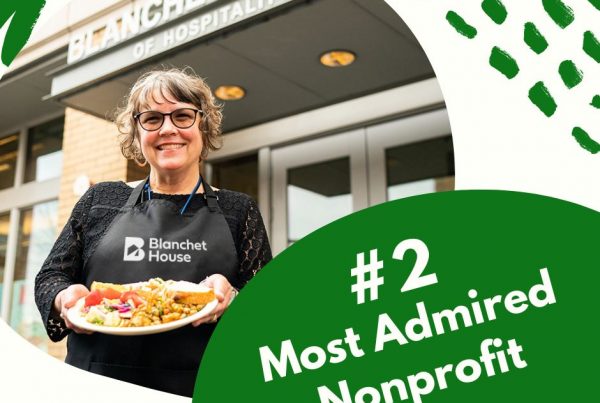 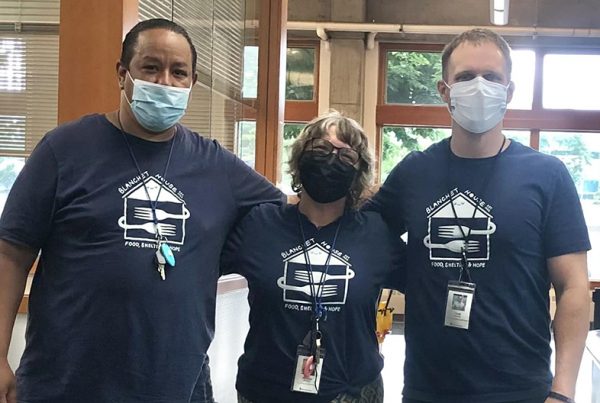 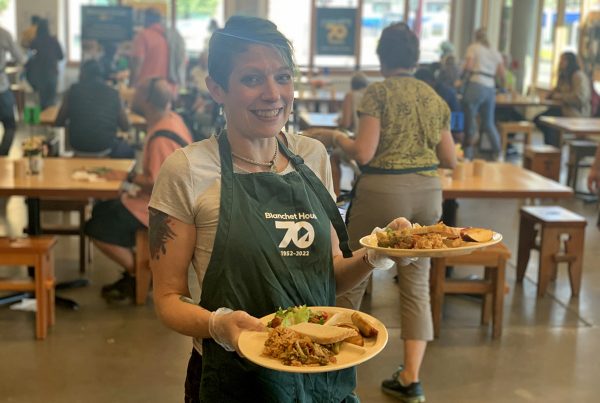