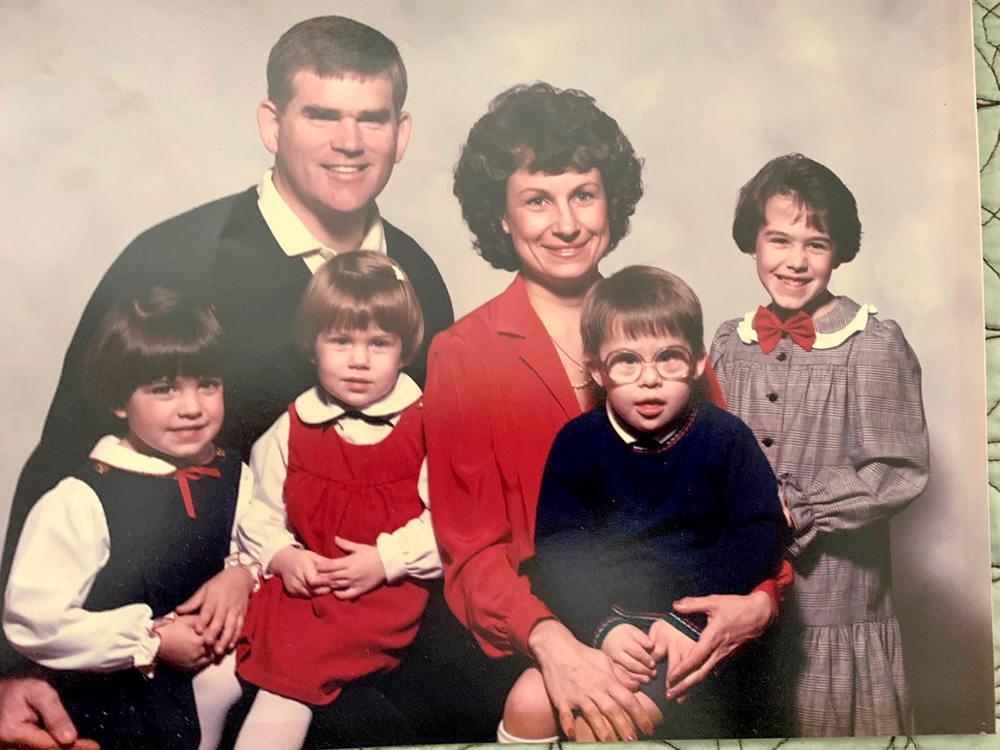 In honor of Mother’s Day, we’re shining a spotlight on incredible women who give their time so others can be lifted up.

For Alisa Sinnott, family is everything, and her family includes strangers served at Blanchet House of Hospitality. She volunteers her time as a Blanchet House board member stewarding its mission to alleviate suffering in the community. Alisa frequently serves in Blanchet House’s dining room offering free meals to people experiencing homelessness–many brought low by addiction.

Showing compassion to people struggling or marginalized is important to her. She understands the pain of addiction because her father was an alcoholic. Alisa sees her dad in the faces of men who come to Blanchet House for food, clothing, and shelter. She thinks about their families.

“Alcoholism is a disease,” says Alisa. “It’s something we need to help people with. They are sick. I’ve seen what it can do to a person. My dad was a beautiful man and it consumed him.”

Alisa grew up in St. Paul, OR, a tiny town known for its Fourth of July rodeo. She and her seven siblings lived a humble life on the family’s chicken and hop farm, occupying the house her grandfather built in 1916. The Catholic church was at the center of their family life. The town was founded by Archbishop Norbert Blanchet (Blanchet House’s namesake) and the Sisters of the Holy Names, who were known for their social justice work. Alisa attended Sacred Heart Academy, founded by the Sisters, where the importance of being of service to others was impressed on her from a young age.

“We’re not in this alone,” Alisa says. “We don’t come into this alone and we don’t leave alone. We need each other.”

While in high school, she volunteered at Fairview, a state-run facility for people with mental and learning disabilities. In those days it was acceptable for families to give their children away to be raised by strangers at the facility. Alisa served in the 3 to 5-year-olds cottage and saw what life was like for people with Down Syndrome and other genetic disabilities. It was an impactful experience. Years later when she gave birth to surprise twins, one with Down Syndrome, her mind went back to that children’s cottage.

“My son will not live like that,” she recalls thinking to herself in the hospital post-birth. “Everyone is capable.”

She became an advocate for people with Down’s Syndrome, showing my example what people are capable of when given the chance. She raised her four children to be advocates too. It was important to her that her son be treated with respect, get an education, and be included. They were very active in the Special Olympics.

After a long career directing volunteer service at Central Catholic High School, she continues to help marginalized and struggling people in ways that combine all of the things that have shaped and influenced her.

“We all have the good, bad, and ugly. It helped make us who we are. There is a lot to be learned from each other. No judging just helping. You can’t go wrong,” Alisa says.

Recognize an incredible mother in your life by donating in their name to Blanchet House. Your gift will give people struggling a warm meal, clothing, community, and a second chance.