A Year of Hope

2021 was a year of incredible impact thanks to Blanchet House's generous supporters. Behind every meal, sleeping bag, care kit, and night's shelter were volunteers, staff, and donors working hard with so much care and kindness. Thank you all.

Blanchet House serves anyone who comes to our doors without judgment. Our hot meal program offers nutritious food to thousands of people experiencing homelessness or unable to cook for themselves.

Two no-cost residential programs for men offer a safe place to live while on the path to self-sufficiency.

Compassionate individuals give their time to deliver direct aid to people who need a helping hand. Blanchet House attracts many committed supporters because signing up to volunteer is simple and rewarding.

We collect surplus unexpired food from grocery stores, wholesalers, and bakeries every day. Blanchet House developed a system to rescue surplus fresh food, get it to people who need it and keep it from going to waste.

“A human being does not need just bread and water. You need human interaction just as much as shelter, as much as food and water and clothing.” –Manny C.

Manny C., 52, was a diner at Blanchet House of Hospitality before he came to live there. On his bike ride to work in Portland’s Old Town, he would swing by the cafe for a free hot breakfast served by friendly volunteers. He sometimes stopped again on his way home to enjoy dinner and conversation.

The nearby house in which Manny rented a room was not a suitable home. Infested with pests and violent roommates as well as a heavy presence of drugs, it was unsafe. It was all Manny could afford. He felt totally alone.

After six months of getting to know the welcoming staff at Blanchet House as a meal guest, Manny learned about the transitional housing offered in the rooms above the cafe. He was accepted into the residential program a year ago.

“I don’t know what I would be doing, I certainly could not have afforded to live somewhere else,” Manny said. “It would have been another shelter, or in the streets.”

"I ate there every day when I was homeless and addicted. Now I am a homeowner. The level of respect and dignity you all provide for your guests is second to none." --Jani T.

"Blanchet helped me to get back to life and living. Thank you Jesus for this and these people." --Mark S. 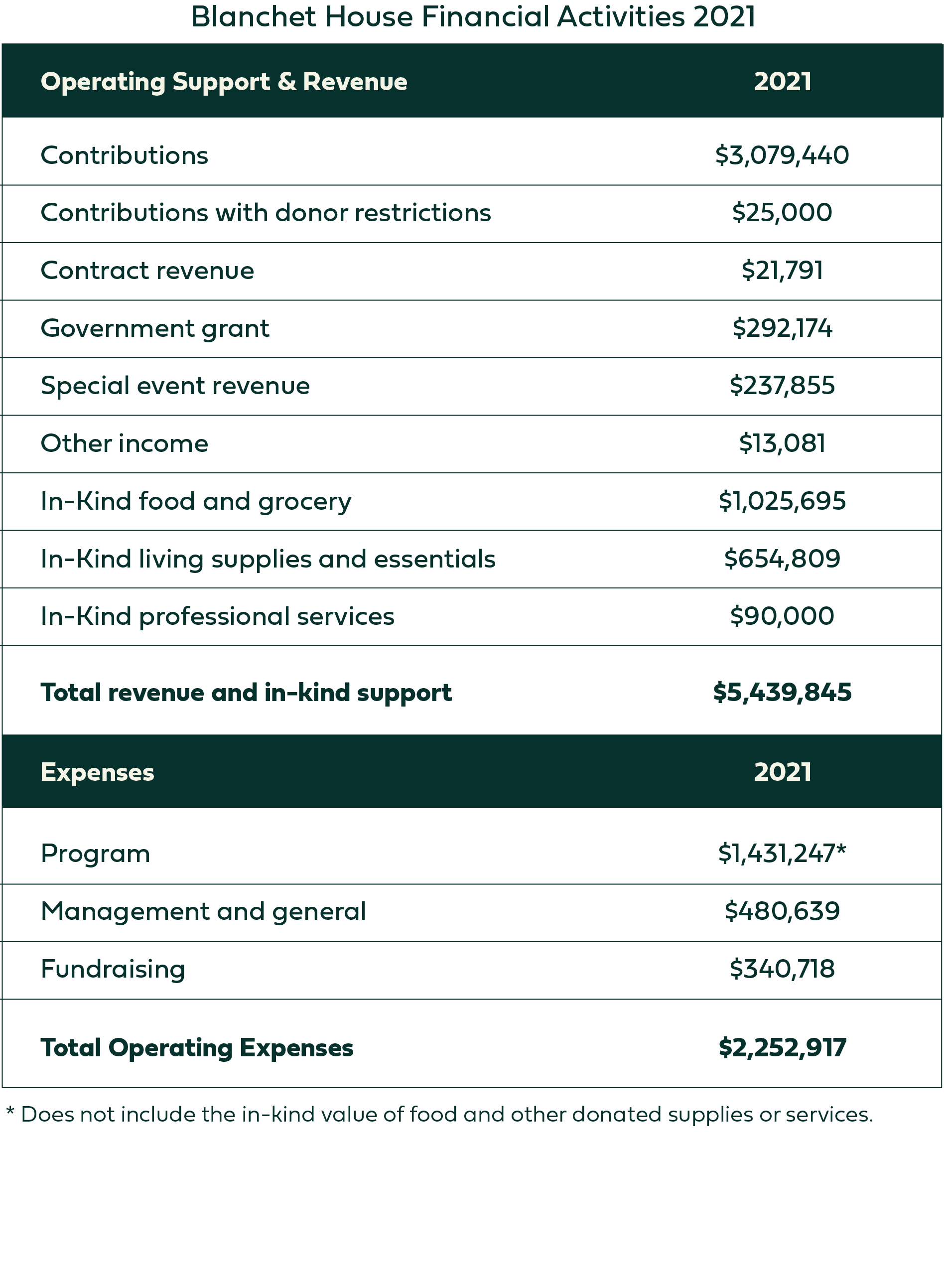 “I give to Blanchet House because you treat homeless people like the human beings they are.”