Alani is building a new life after giving up drinking with the help of Blanchet House. 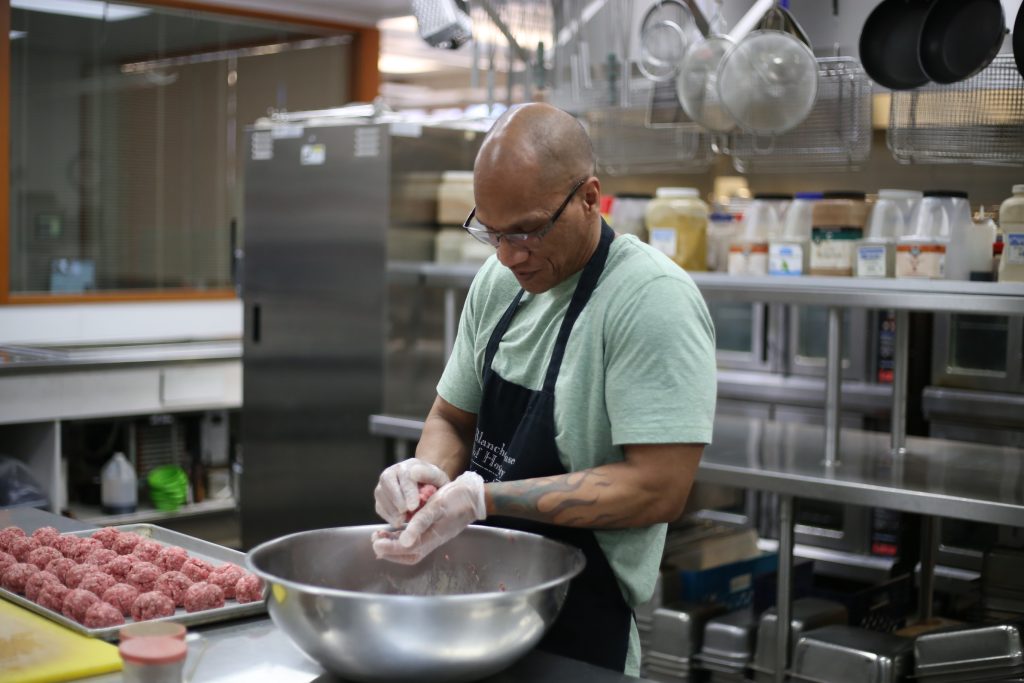 It was the night of Cinco de Mayo and Alani, a resident of the Blanchet House, went to get a cup of coffee. The hustle and bustle of Portland’s Chinatown was no different than other nights, but since it was Cinco De Mayo, more people were out. Some stood in line to get into bars, others were visibly intoxicated and spoke loudly.

“People were out doing their thing,” says Alani. Alani recognized that it was too much for him to be out that night – that the urge to drink was coming and the thought, one Alani is overly familiar with, popped into his head – ‘What do I do?’

After 30 years of struggling with alcoholism, Alani now has 7.5 months of what he calls “honest sobriety” under his belt. In these 7.5 months of sobriety he’s learned how to deal with many things, one of them being the urge to drink, and in that moment under Portland’s May sky Alani knew how answer the question of ‘what to do?’

He looked at his friend and said ‘I gotta get out of here, it’s too much, man.’

Alani, who’s 47, took his cup of coffee and went home. For him “home” is the second floor of Blanchet House. He watched a movie and picked up his guitar, two things that he uses to distract himself from drinking.

Alani grew up in Hawaii. He’s lived in the Pacific Northwest for 15 years. He’s strong, fit and sure of himself. When Alani speaks he does so quietly, he chooses words with intention and is comfortable with the silence that often comes with what he calls “coming out of the fog.”

Before arriving at Blanchet House, Alani stayed at Portland’s Union Gospel Mission in their sobriety program. Though he’s grateful for the program, it wasn’t a good fit for him. When Alani learned that Blanchet offered a seven month transitional program with the goal being to secure work at the end, he knew this program was right for him. He got in touch with Kristi, the Case Manager responsible for intakes, and came in for an interview. Alani successfully completed the three day trial run working in the kitchen and was accepted into the House that Friday.

Alani wanted to be in an environment where he could begin working towards goals and begin to take steps towards the life he knows he wants to create for himself, and for him, that means a life where he’s surrounded by family and in his words can ‘make up for lost time.’

He’s been at Blanchet House for two and a half months and he’s reconnected with family, something that for him hadn’t happened for over 10 years because of drinking.

For the first time in over 12 years, Alani saw his 87-year old mother over a video chat. Alani’s family reaches out daily to connect with him, which is also new. His siblings told their mother that Alani sounds good, he looks good, and that he’s working and thinking through things instead of acting on instinct.

Alani explains that his mom has aged but that her voice is the same. The energy that he remembers her having all those years ago is still there.

“It was a very emotional conversation. It opened up some doors that were closed for years because of my behavior and the stuff I put my family through. Now, it’s a lot better,” he says. Alani’s mother told him that she could hear in his voice his sobriety.

“I was so excited to talk. She said ‘you look great, Alani.’” And for him, that said it all.

At Blanchet House, Alani works as a cook six days a week. His past experience as a cook in the hotel industry and degree from culinary school secured him a position cooking for the residents and staff of Blanchet House. He finds himself back in the kitchen but this time he’s sober and he enjoys the work. 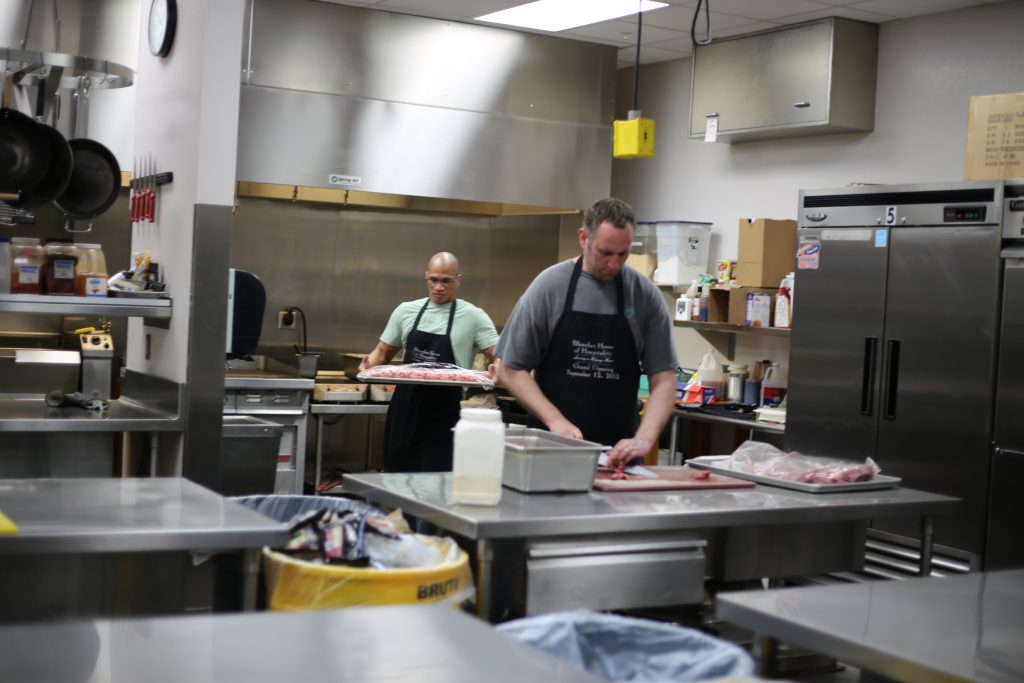 Alani’s not in a hurry to get through the program at Blanchet House. He’s committed to six months of cooking in the kitchen and says that gives him time to piece together who he is, who he wants to be, and time to build good relationships with those around him.

“We all came through those double doors, we all hit that button, that intercom, we all made the phone call to Kristi. This community is really trying, I can’t speak for anyone but myself, but we are all striving to better our lives in some way,” says Alani.

Being in the Blanchet community is a lot different than previous environments Alani’s been in. People at Blanchet House support themselves and each other. For Alani, things are coming into focus for the first time every single day. Though there’s less structure at Blanchet House, Alani says there’s more trust. Trust, rules, and safety.

“They trust that you will come back at 12 am for curfew. They trust that you will be here when you are scheduled to work in the dining room and kitchen, they trust you.” Alani uses coping skills to pace himself, and he’s beginning to set boundaries with people, and goals. He says that Blanchet’s community, and especially the one-on-one time he gets with his social worker, Kristi, have aided him in this.

“I have a purpose, a plan, not just actions,” he says.

Alani looks forward to going to the Oregon coast and experiencing what cold air and wind feels like on his face, and what it feels like to walk on the beach without a drink in his hand, without the heaviness that is addiction.  He loves his community at church, where he leads music.

Alani says that the time of sobriety is here and he’s dealing with his issues. “Instead of running or trying to hide, or putting them in the closet, I face them every day,” he says.

“I am okay, I am still alive, I have so much to be thankful for and it finally clicked, it clicked here.”