Much has changed in Blanchet House’s 70-year history, but its mission and values have not. Every day people struggling with hunger, loneliness, poverty, addiction, mental illness, and lack of housing come to our doors for help. Together, we stay dedicated to feeding, clothing, and providing life-saving shelter to our guests at a time in their lives when they need it most. And, thanks to you and your support, our meals and services are free to all and full of love.

Explore Blanchet House Through the Years with Our Interactive Timeline

They Built a Living Monument to Charity

The founders of Blanchet House of Hospitality were inspired to do something meaningful for others. They and their families dedicated their lives to operating and funding its mission.

Blanchet House’s model of charity was influenced by Dorothy Day the co-founder of the Catholic Worker Movement of the early 1930s.

Service to Others is in the Family

Jim Christianson and Ed O’Hanlon are both sons of Blanchet House founders and long-time stewards of the organization.

Since 1952, Blanchet House of Hospitality has offered meals to anyone in need thanks to the efforts and support of many incredible women.

A Lifetime of Service: From Machu Picchu to Under the Burnside Bridge

Mary Grace McDermott isn’t listed on the wall of founders at Blanchet House, but her service in the early days of the organization helped make it what it is today.

Mutual Aid: Supporting One Another

Jim O’Hanlon discovered an old coin collection can that was placed in Portland bars to solicit donations for Blanchet House during the 1960s. The charity has always been funded by the community. Learn more.

An Oral History of Blanchet House

So many people have made Blanchet House what it is today. Our history lives in every person who has volunteered, donated, worked, or been a guest of Blanchet House and Farm. Help us preserve this history by sharing a memory or story. All of the great stories submitted are available to read on our oral history blog. 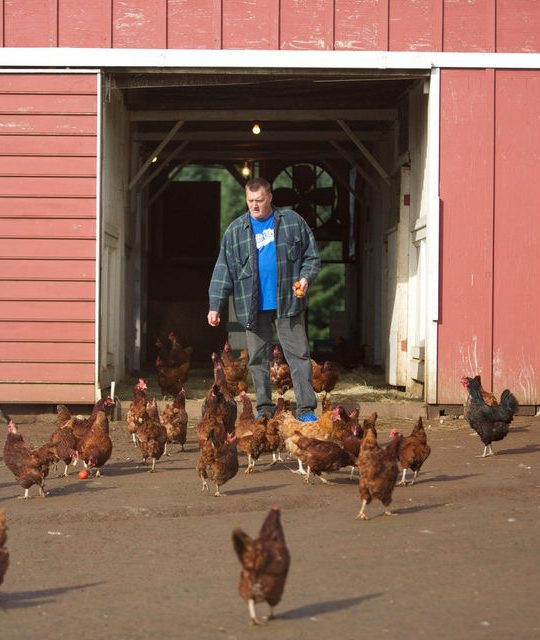 “God has blessed the Blanchet Farm and House. The reason I know that is because they took me off the street and gave me a safe place to begin to rebuild my life. That was 8 years ago and I went back to school and got a degree in addiction studies and have breached many barriers I once thought impossible. A journey of 1000 miles starts with a first step. Blanchet Farm was that first step for me and 8yrs later the journey continues in the most amazing and rewarding ways.”

“I used to eat there every day when I was homeless and addicted. Now I am a union laborer and a homeowner. The level of respect and dignity you all provide for your guests is second to none. Thank you for all you do.”

Tell us about your experience as a volunteer, guest, family member, or donor.